Hinduism is the world’s oldest known religion with its roots going back to over 10,000 years. Hinduism is the foreign name given to “Sanatana Dharma“, which literally means eternal dharma.

Hinduism is not a Religion

Hinduism is not a religion but it is a set of hundreds of different philosophical thoughts and lifestyles. It is the only religion that can be accurately, yet not fully described individually, by all these terms: Hinduism is An Atheist at the same time as it is Polytheist at the same time as it is Monotheist, as well as Henotheistic. In Hinduism, one can have a belief in one major God and also worship other subsidiary Gods. Hinduism can also be considered “monist” i.e. the belief that all the seemingly disparate elements in this universe can be reduced to one single unity.

Bhagavad Gita clearly explains the concept of both monotheistic and polytheistic worship as per the faith of the individual.

Hinduism Has No Founder

Hindu religion has no founder or origin that’s why it is known as “Sanatana Dharma”. It was a lifestyle that flourished in ancient Indian subcontinent thousands of years ago, which later took the form of what is known today as Hinduism. 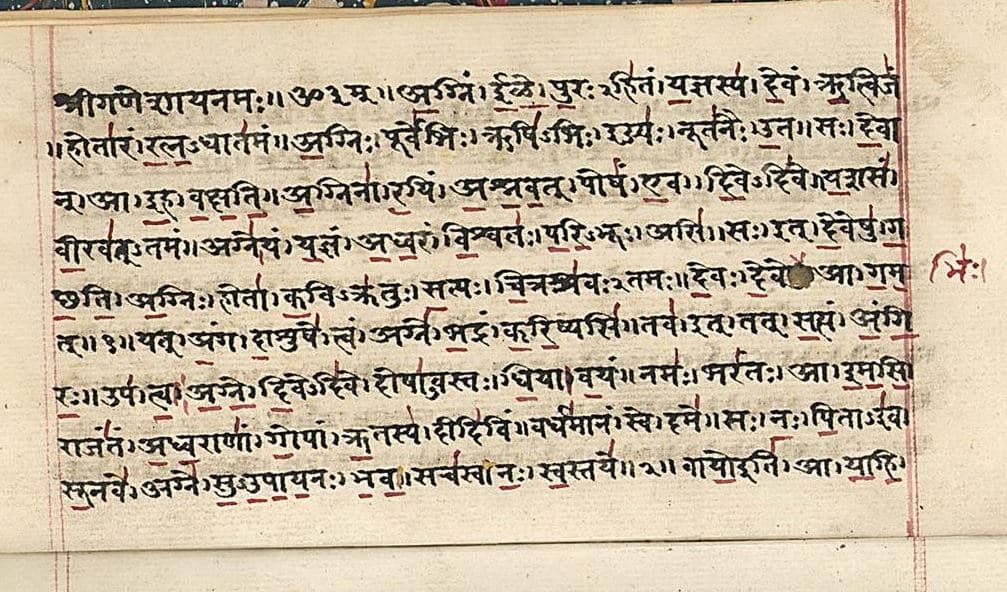 There are many sacred texts of Hindus but most valuable and primary texts are Vedas, composed around 1500 BCE in the Sanskrit Language. The collection of verses and hymns contains revelations received by ancient saints and sages. Before Vedas were documented in written form, knowledge used to be transferred verbally. There are four Vedas.

Besides Vedas, Bhagavad Gita is a popularly known Holy Book of Hindus.  The Upanishads, 18 Puranas, Ramayana and Mahabharata are also important Hindu Scriptures. The most common language for Hindu scriptures is Sanskrit- the oldest language in the world.

Bhagavad Gita was declared to humanity by Sri Krishna who manifested as the eighth incarnation of Lord Vishnu, more than 5000 years ago.

According to Hindus, the soul is immortal but takes on the form of many bodies until they achieve enlightenment. In Hinduism, the body is only a form of container. It is like clothes. The main essence is the soul. The soul is immortal, and when a person dies, it takes another body just like how we wear new clothes. The rebirth, however, is on the basis of one’s karma. You can incarnate as birds, animals or humans or other forms as per your karma.

108 is the holiest number in Hinduism

In Hindu Dharma, number 108 has held great importance. According to Various Puranas, Lord Shiva has 108 Mukhya (Main) Shiva Ganas; Lord Vishnu has 108 Divya Desams; 108 gods and demons took part in Samudra Manthan. The number 108 appears so many times in many ancient Hindu texts and scriptures. Some claim it must be a reflection of a spiritual dimension of the Universe.

In the Sanskrit language, there are 54 alphabets as opposed to the 26 in English. Each has masculine and feminine, Shiva and Shakti. 54 times 2 is 108.

‘AUM’ and Swastika are symbols of Hinduism. 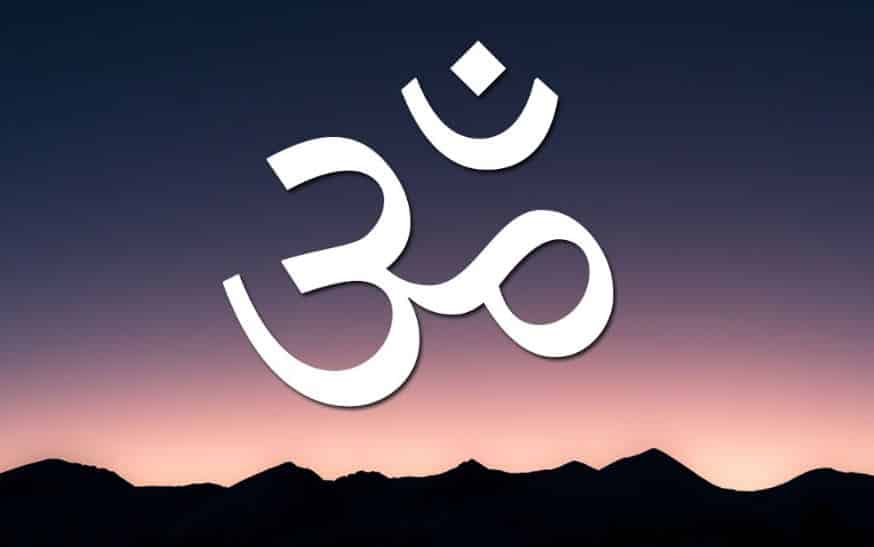 “Om” serves as the Divine itself too. It’s the sound of Brahman, of the atman, and shows the divine as a part of Om-Tat-Sat (Bhagavad Gita, 17.23). Lord Krishna says, “Of speech, I am the transcendental syllable, Om.” (Bhagavad Gita, 10.25). He adds, “I am the divine syllable Om in all the Vedas” to show the way in which the universe rests in Him (7.08).

The swastika is one of the oldest symbols known to humans and has great value in Hindu Dharma. The Vedic Sanatana Dharma, known as Hinduism in the modern world is based on a philosophy taught through four scriptures, known as Vedas. The swastika represents these pillars of Vedas geometrically pointing out to four different directions. Even if you rotate the symbol, the symbol does not make any geometrical or physical changes. What is this representing? The unchanging, all directional and everlasting nature of God. Hindus and other religions have been using this symbol in religious and cultural ceremonies.

There is a Swastika saying in the Shlok:

The largest gathering of people in the world 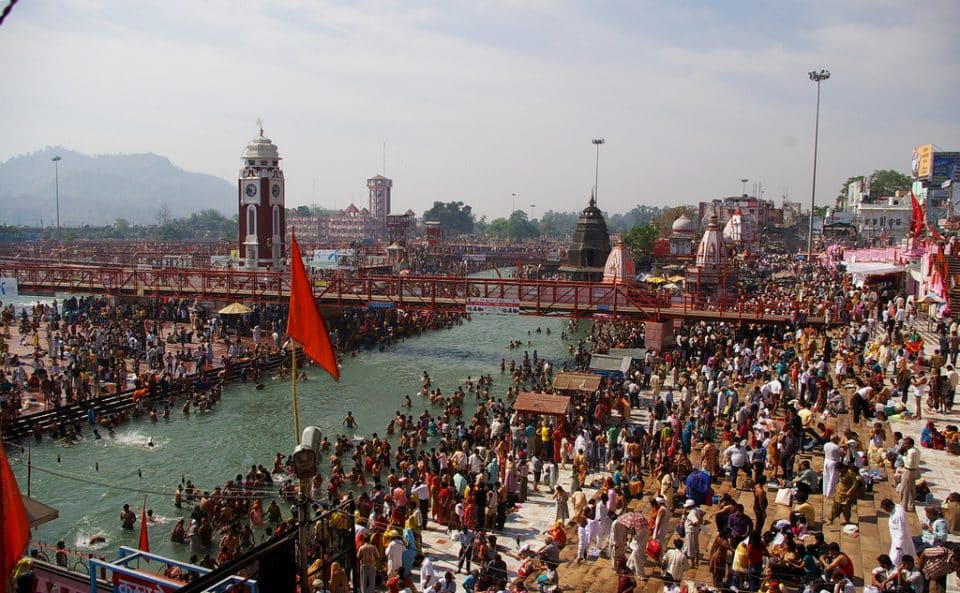 ‘Khumba Mela’ is a Hindu ritual bath of cleansing the body and spirit which occurs after a gap of every 12 years at four river-bank pilgrimage sites: the Prayag, Haridwar, Nashik, and Ujjain. Khumb Mela attracts the largest gathering of human beings in the world.

Hinduism has its huge influence and common concepts with Buddhism, Jainism, and Sikhism which are later originated in India. 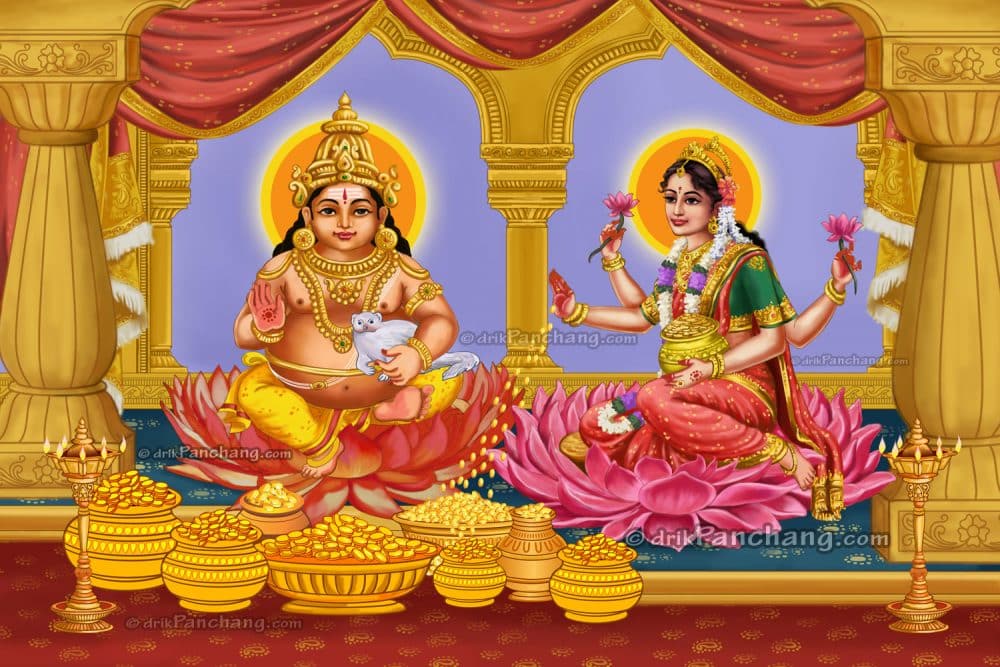 Hindu celebrate wealth in the form of many gods such as Lakshmi, Kubera, and Vishnu. Hinduism has a 4 level hierarchy –  Dharma (the pursuit of philosophy, religion and doing duties to society), Artha (the pursuit of livelihood, wealth, and power), Kama (the pursuit of pleasures) and Moksha (liberation) and we progress from the top to bottom. This is very close to Maslow’s hierarchy and thus, Hindus are natural capitalists.

Hinduism is pro-science from early ages

Concept of Zero (as a number and as a marker), the concept of Infinity and concept of the Decimal Number System (with a carry-forward); Pythagoras Theorem, originated from Vedas.

The Big Bang theory is mentioned as early as the Rig Veda, where, in Tenth Mandala –  the Cosmos and the ‘Golden Egg’ or the Sun, is born from the Cosmic Void – often called as Asat (Non-being) – also meaning ‘Non-wisdom’ or Chaos.

Ayurveda, medical treatment practice was also taught to Chinese, Greek, Roman and Persian students who studied at the great Ancient Indian Universities like Takshila and Nalanda – as early as 700BCE. Yoga, Vastu, and Palmistry originated from the Hindu scriptures from the ancient past.

Roles and Titles of Hindu Gods

The people of Vedic times were Shrutidhars, meaning someone who can remember anything just by hearing it once. That is how Vedic culture was transmitted & is still practiced in some parts of India.

This is what Hinduism teaches us

‘May all the beings in all the worlds be happy. Let there be Peace, Peace, and Peace everywhere.