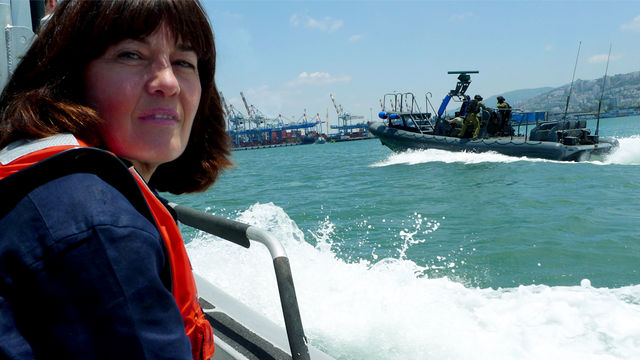 I am one of the passengers/witnesses interviewed for this program and I am very much aware of BBC's role in justifying war and covering up Israeli crimes.

I am in no way naive about this; to the contrary my motivation for the interview lay largely in the all too likely opportunity to expose the BBC. A relevant job considering the BBC's role in the slaughter of over one million Iraqi's, a direct role by virtue of the war they justified. BBC from start to present, justifying Iraq, a massive war crime and crime against humanity based entirely on lies (propagated intensely by the BBC).

The British Broadcasting Corporation, synonymous with millions of orphans and refugees and countless lives destroyed in Iraq, beating the drums of war without pause, the ultimate prostitutes of propaganda. 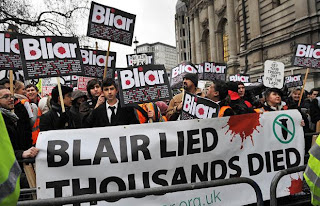 With this understanding I solicited an agreement with the BBC producers, in return for my interview the program would include the fact that we disarmed, captured and ultimately released three Israeli commandos (after giving them medical attention no less).

And yes the poor Israeli commandos were beaten, just as any invader in any capable persons home would be beaten. I take no issue with that fact.

But truth be told, the commandos we captured should thank us for their lives. I ask the Israeli's, British and American people specifically, if your home was invaded, your family being murdered, would you be willing to disarm, completely control, and then set a murderer of your family free???

You can lie to yourself if you like, bury that head right down deep in the sand, but that ship was our home, and we were all brothers and sisters, aunties and uncles, united, a family, engaged in a most righteous cause, with the vast majority of the planet behind us. The primary beneficiary of our mission, over 800,000 innocent children.

For those lost in a pit of ignorance and indoctrination, those currently stripped of all reason, absent of conscience, duped and hoodwinked, I know you very well because I was once you, a US Marine robot volunteering to kill or be killed. I see my past self in the Zionist who has no capacity at this moment to think, for in that state it is all about regurgitation, independent thought is but a possibility. For you I maintain no hate, for nobody actually, rather it is pity, pity for you that you sacrifice the greatest gift of all, the gift of humanity.

And so it is that the BBC, absent of integrity, contemptuous of humanity, attempts in this program to turn disarmed, helpless Israeli commandos into heroic self-rescuing commandos who managed to Superman their way out of a circle of well over 100 very motivated men whose brothers lay murdered with multiple gunshot wounds. That is what we call a bald-faced lie. Big time lie, in your face lie, you in the audience are a bunch of drooling idiots lie.

Returning from the Zionist alternate universe, we held in our power the fate of three boy commandos who may well have been murderers on that night. Think about that, under these circumstances, we let them go. That is what we call preserving life.

It is not that BBC does not know the truth, there are literally hundreds of witnesses and overflowing facts to reveal it; it is simply BBC's slavish duty to produce a Zionist storyline of illusions and deceptions. And the story goes that we are the aggressors, “terrorists”, “extremists” and killers. Only in this context can the poor Israeli commandos be victims. How is it possible to dominate and control commandos simply to let them go if we are killers? Answer, it isn't. And that is precisely why Panorama blatantly lied.

Ah but the irony, the kind of irony that always provides me a smile from the inside out, the irony of these lies being big, beautiful gifts. In all sincerity, thank you BBC.

The BBC says there is doubt as to who fired first. There is no doubt at all who shot who and when to the hundreds of us on the Mavi Marmara and other ships. The Israelis have said we shot at them, well where are their gunshot wounds? And even if you have gunshot wounds, how do we know you did not shoot yourselves? Exactly like you did in "Operation Cast Lead"?

Returning once again from the Zionist alternate universe, the Israeli military attacked in international waters and murdered within the first five minutes of the attack. The attack resulting in scores of gunshot wounds and death in rapid succession. Blood spilling all over the ship. In that environment I took possession of a 9mm pistol that I removed from one of the commandos... and I emptied it of the (real) bullets. Other weapons were seized by other brothers and thrown into the sea, one of which was an assault rifle.

Yet when others and myself had the power to end life, and believe me it was as simple as release the safety, point, shoot, over. Instead we preserved life, by taking those weapons away from established killers, we prevented them from killing more. We literally saved our lives and their lives. That is what we call cold, hard facts.

We could have taken out at least three of them, but we did not. Nope, we let them go.

The BBC mentions that we were in international waters at the very end of the story, as if this were an insignificant fact. The fact that Israel stole all the footage that it could, footage that undoubtedly shows them firing 4 bullets to the head of the 19-year-old American passenger, Furkan Dogan. No problem. Executing people at close range, no worries. The fact that the blockade itself is illegal, nah, don't mention that. 800,000 plus children in Gaza, malnourished, anemic, traumatised... not important.

I would need to review this program many times over to identify every poisoned tactic that the BBC employed in order to do what they do so well, justify murder and war.

Nevertheless BBC's perversion of the truth will elevate the cause of justice immensely, delegitimizing itself in such grand fashion was indeed a great big gift.

Hats off to ya BBC!

Ken is a former U.S. Marine who served in the 1991 Gulf War and subsequently spoke out about the use of depleted uranium as a "crime against humanity" and the US military using soldiers as "human guinea pigs" with experimental drugs that were directly linked to Gulf War syndrome.
He is also a social entrepreneur utilizing direct action marine conservation, he is more widely known for leading the human shield action to Iraq and as a survivor of the Israeli attack on the MV Mavi Marmara in which ... 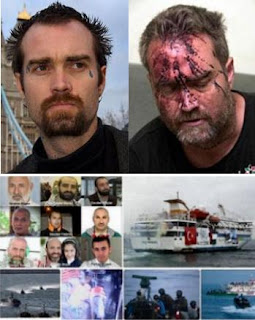 If you haven't seen it, look for BBC Panorama’s "Death in the Med" program online, you will be treated to first class propaganda as only the BBC can deliver. 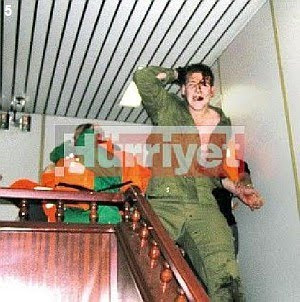 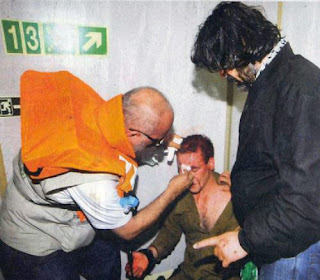