This article lists down biggest achievements of Narendra Modi government in its tenure of last 5 years. It had come in power with a clear majority in May 2014.

As the country braces for another 5 years of NDA government after General Elections 2019 saw BJP becoming the single largest party and NDA getting over 350 seats, BJP seems to be trying its level best to remain on top, specially riding on the achievements it counts under its belt.

Top BJP ministers have been giving press interviews and talking about the achievements of Modi government over the last 5 years and also, the initiatives that they are going to take in the new tenure to work on the target of achieving a 5 trillion dollar economy before 2024.

While being the chief minister of Gujarat, Narendra Modi had proven himself to be a great supporter of the economic movement. A strong economy has been on the top of Narendra Modi achievements.

Under his leadership, Gujarat became one of the most prosperous states in the country and he signed deals with a lot of foreign companies and governments. Narendra Modi has been successful in replicating the same on a bigger level. His foreign tours have brought in a lot of investment with Japan investing in the first bullet train in the country. Though the world shows slower progress, the Indian economy has been progressing with over 7% rate, making it one of the most positive signs for the future.

Recently, India surpassed France to become 6th largest economy worldwide and remains behind US, China, Japan, Germany and United Kingdom. Over the last few months, the central government has maintained its stance that India will be under top 3 economies in the world by 2030. India, however, is already third largest global economy on PPP (purchasing power parity) scale, just behind United States and China.

Foreign policy has been among the top Modi achievements.

Narendra Modi has often been criticized by the opposition for so many foreign tours.
However, none of us can ignore the fact that his travels have made a lot of friends for the country. Be it about those warm hugs with Barak Obama, Donald Trump or attending Ganga Aarti with Japanese PM Shinzo Abe. Be it visiting Sabarmati Ashram with Xi Jinping or Israeli Prime Minister Netanyahu calling Narendra Modi ‘dost’. Narendra Modi has made friends with the biggest leaders of the world. It is because of his dynamic leadership that UAE spoke openly against Pakistan sponsored terrorism. India has extended financial help to countries like Bangladesh, Nepal, and Afghanistan and that has resulted in increased regional influence. Also, launching the South Asian satellite will come a long way in India’s plans to become next Asian superpower. 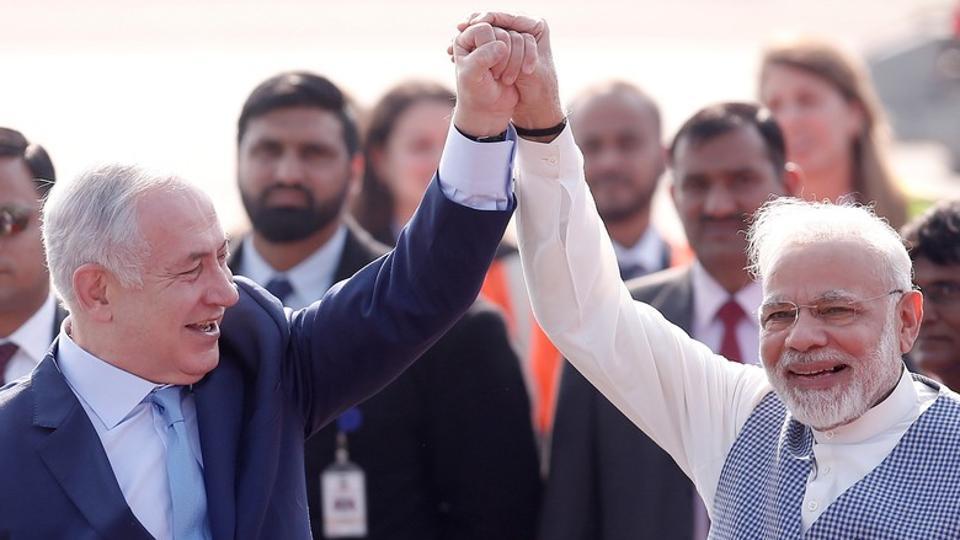 Recently, after Pulwama Terror Attack, over 50 countries across the Globe extended their support to India’s fight against terrorism. Germany even pitched the European Union countries to pass resolution in United Nation Security Council to declare Masood Azhar a global terrorist.

Change in attitude on international issues

Under the leadership of previous prime ministers, India was considered to be a defensive country with its focus on maintaining peace. Narendra Modi has shown a more aggressive way to deal with sensitive issues. Incidents like surgical strikes in Pak occupied Kashmir and destroying Pakistan bases give us a glimpse of it. Also, the government has come face-to-face with the Chinese government on various issues involving Arunachal Pradesh and Dalai Lama.

The last presidential elections in Sri Lanka were rumored to be influenced by Indian top leadership. Also, without caring for reactions, India has extended open support to Israel and both the countries are working together on a lot of deals involving defense and technology. Another such incident came at the time of Doklam Standoff, where India showed its resistance and refused to give up against the Chinese pressure. This strengthened India’s international image and proved that India has now started to take its stand and the world and countries around India should be well prepared to involve India in any such issue from the next time.

After the Pulwama Terror Attack, India refused to bow down to the international pressure and successfully conducted aerial strikes. The power of India’s foreign diplomacy was also visible when Pakistan freed India’s wing commander AbhiNandan in less than 3 days. Though there has been varied discussion on the number of casualties in the India’s aerial strikes, there’s no doubt over the fact that Indian fighter planes crossed over the international border and bombed Pakistan’s territory.

Though tension of border still persists and there are continuous ceasefire violations by Pakistan, resulting in regular casualties of the soldiers and internal threats like Maoists, India has come a long way in securing the internal parts from jihadi terrorists. Over the last few years, there has been a big crackdown on the number of terrorists caught by the security forces and a lot of plans have been derailed. Communal violence has come down to a significant level and finally, the country can look forward to focus on mainstream issues.

Though the recent Pulwama attach can be considered a blot on the BJP tenure, India’s changed stance and aggressive retaliation against Pakistan seems like a positive move for the country. 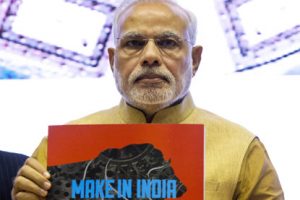 people. Make in India was announced to make sure that MNCs start their plans in the country, resulting in generating employment and contributing to the economy.

Make in India has gathered a great momentum and many countries have signed deals with respective state governments and the central government to boost FDI and employment.

Also, initiatives like Digital India has paved a way for future and brought millions of citizens in the mainstream economy. Also, the promotion of e-ways, which promises broadband connectivity in all villages by 2020, will prove to be a great catalyst in the success in future.

A government with a clean Image

In India, politics is often considered as synonym os corruption. Though the previous government came under huge criticism for scandals like CWG, Coalgate and 2G spectrum, the present government has not faced any such corruption charges and the politicians have worked with commitment and that is one big modi achievement.

Prime Minister has led his team with an example by not taking a single day leave in his tenure. Also, initiatives like the ban of beacons have grown the connection between common citizens and the government. Ministers like Sushma Swaraj and Suresh Prabhu are often seen directly communicating to people on Twitter and answering their queries, Narendra Modi too holds regular Man ki Baat program to talk on general issues.

When this initiative was announced, a lot of people had laughed at the fact that the government was giving 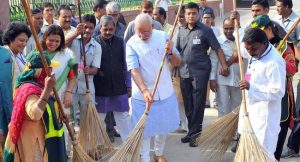 so much of an importance to such small issue. However, in the last two and a half years, this moment has picked up momentum and bigger cities have started to realize the importance of cleanliness. Railway Stations and public places are now way cleaner than the past and the general public has been involved to make it a mass moment where everyone is aware of their duties.

Goods and Services Tax, termed as the biggest tax revolution since independence has finally been approved and will be implemented from July 1st. The government has made sure that the new reform does not cost adverse to the people by keeping sensible tax brackets. A recent report on the rate of taxes on goods and services shows that majority of the items will become cheaper after GST and that has yet again established people’s trust in the intentions of the government. Before GST, the government had decreased the rate of income tax in the lowest slab from 10% to 5%, impacting a lot of middle-class people.

Pradhan Mantri Ujwala Yojna has been one of the most appreciated schemes by the current government. The way central government involved the normal people by asking them to give up their subsidies to help the rural women with access to clean energy, has been widely appreciated. Also, schemes like Krishi Sinchai Yojna, Pradhan Mantri Awaas Yojna, and Sukanya Samridhi Yojna have been directly focused for the rural population to increase their standard of life.

Recently, the government has also announced the electrification of 100% Indian villages. Though, it has taken over 70 years since independence, it is no small feat, considering there were over 18,000 villages without electricity before Narendra Modi became the prime minister.

Ever since India got independence, a lot of planning and execution was done on the central level by Planning Commission. Modi government scrapped the planning commission and introduced Niti Aayog, which promises equal power to the states on matters of planning. Also, the government has scrapped five-year plans from 2017 and will now have 3-year plans and 15-year plans, with clear agendas and objectives. Niti Aayog calls for supporting entrepreneurs and MSMEs to boost the employment in all sections. Niti Aayog works as a corporate entity with a CEO and answerable representatives.

Though it is still to be seen how the scheme gets implemented across the country, this could prove to be one of the biggest schemes launched by any government in India. Under this, over 10 crore families and 50 crore citizens across the country will be eligible to get medical insurance worth 5 lakh (per family/yearly). This will subsume existing health insurance scheme, known as Rashtriya Swasthya Bima Yojana (RSBY), launched in 2008 by the UPA government under Manmohan Singh.

With the latest government in power, the politics of appeasement seems to be getting over. After the initiative taken by the central government, the Supreme Court declared Triple Talaq unconstitutional and asked the government to bring a law within 6 months. The decision has attracted mixed reviews, with Muslim women coming in open support of the government as well as opposition once again trying to oppose the government. However, one thing has been proven that these decisions need guts and the current government has enough.

These were some of the achievements of the Modi government in the last 5 years. Though there are a lot more issues to be addressed in the next few years, the government has surely instilled a feeling of hope among the citizens by making them realize their roles and responsibilities. Let’s hope that the government will continue to achieve in the remaining term.