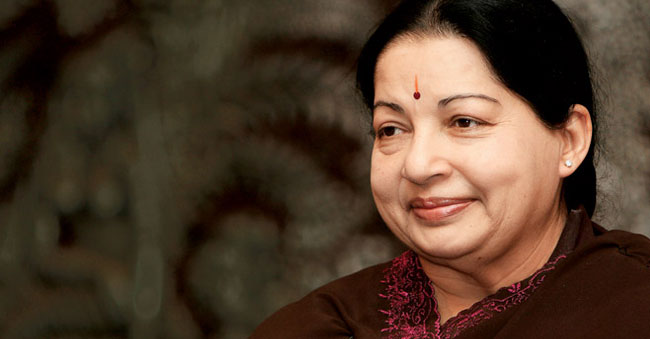 Born on 24th of February 1948, as Komalavalli, Jayalalithaa; the actress-turned-politician breathed her last breath on 5th of December 2016, after a prolonged treatment in Apollo Hospitals, Chennai.

Only time and corrupt politicians can tell whether God is behind her demise, or the evil in her house is behind her demise. She joined AIDMK founded by MGR in 1982. Thus began her political career, which sprawled until her demise. For over 30 years, she has been instrumental in shaping the facet of the state of Tamil Nadu. She has been the witness of atrocities in the Tamil state, and a flag bearer of corrupt politics in the Dravidian state. She is popularly called as ‘Amma’ by her followers and party members.

This article sheds light on the achievements, the dark life and hidden secrets of Jayalalithaa and her reign in Tamil Politics. She is very fond of gold ornaments and jewellery, but only required 6 foot by 3 foot with 4 feet deep to end her glorious, murky and emotional 34 years of political journey. 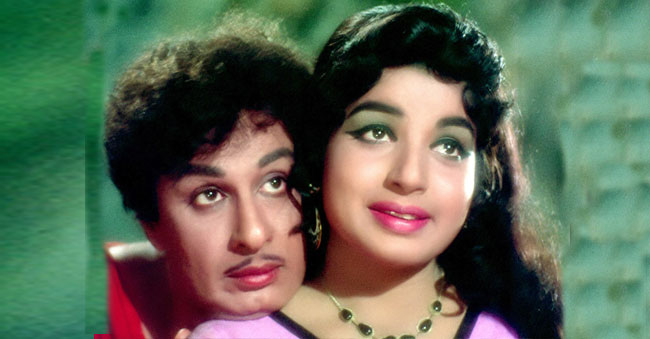 Achievements of Jayalalithaa as Chief Minister of Tamil Nadu: 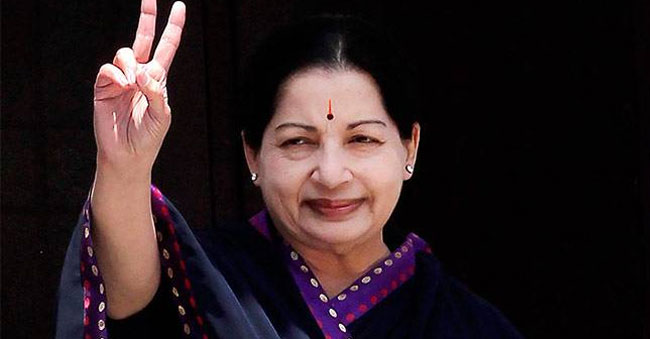 Just like there are two sides to a coin, Jayalalithaa’s political career too had some black marks. Not only her political career was tarnished, but also her personal image. She was lauded as ‘Amma’ and received utmost respect from everyone in the Tamil state. She is the only political leader who brought her party into power in consecutive elections, a rare feat achieved after 30 years. The political career took a different turn after political leader Subramanian Swamy (then, the Janata Party President) filed a disproportionate assets case against her in June 1996. After an 18-year period, Jayalalithaa, Sasikala, Ilavarasi and Sudhakaran are finally convicted on 27th September 2014. Following are some shocking facts about Jayalalithaa’s wealth! 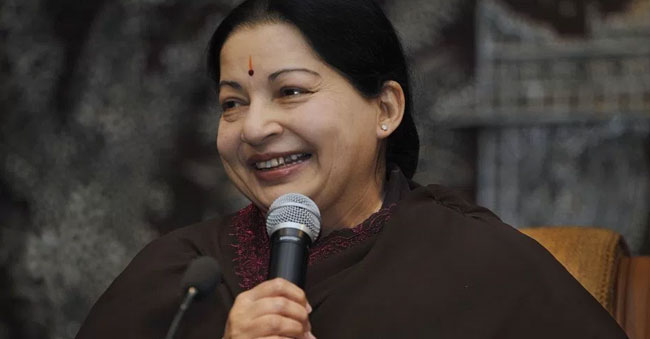 Critical events before and after the death of Jayalalithaa!

The incident took place during the Budget session in the Tamil Nadu State Assembly. The DMK was in power. The ruling party leader, Karunanidhi, then the Chief Minister and Finance Minister of the state stood up to deliver about the State’s Financial Budget for FY 1989 – FY 1990.

Karunanidhi’s speech was interrupted by Congress MLA Kumari Anandan. She alleged that the CM, Karunanidhi used state police to harass Jayalalithaa, the leader of Opposition. Soon, Jayalalithaa joined the protest and claimed that her phones are being tapped under the instructions of the CM.

Within minutes, what started as Assembly Budget Sessions soon turned out to be a chaotic situation. In amidst of the chaos, Jayalalithaa screamed, ‘people charged with criminals should not be allowed to introduce the budget’. She out-rightly affirmed that Chief Minister Karunanidhi was corrupt, and he doesn’t deserve to be even on the Assembly premises. She further stated ‘the CM should resign’.Karunanidhi snapped at Jayalalithaa and AIDMK stating, ‘these comments need to be removed from records for being unparliamentary’. This made Jayalalithaa very angry. 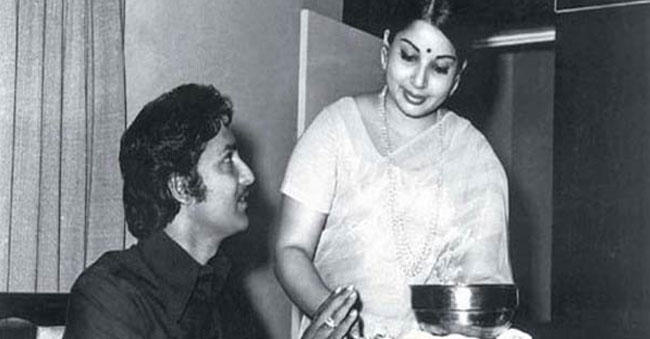 On receiving Jayalalithaa’s command to attack Karunanidhi, the AIDMK MLA KA. Sengottiyan rushed towards the desk of Karunanidhi. In this riot, Karunanidhi lost his balance and fell. The riot began with DMK members dismantling the microphones and throwing them at the AIDMK members. Soon, the DMK was answered with slippers and books. One of Jayalalithaa’s (AIDMK) MLA even tore the budget papers in half.

Realizing that things are being blown out of proportion, the speaker adjourned the house. Everyone expected the proceedings to continue in a much-civilized manner after the riot. But things just got worse. While Jayalalithaa was coming out of the Assembly, Durai Murugan of DMK, then minister of Public Works obstructed her, grabbing at her sari. Jayalalithaa cried for assistance.

Shockingly, Karunanidhi neither dismissed Durai Murugan for his digesting act or tendered an apology in the house (Tamil Nadu State Assembly) to Jayalalithaa.

Jayalalithaa publicly vowed that she would never step into the house (assembly) until conditions are created for a woman to attend the Assembly sessions with dignity and decorum. The CM Karunanidhi and Durai Murugan along with other DMK leaders were condemned and termed as uncouth and rowdies.

Senior AIDML leader, PH Pandian claimed that Jayalalithaa was pushed by someone [Sasikala]. ‘During the night that she was hospitalized, Amma [Jayalalithaa] had a heated argument with people in Poes Garden. Amma was greatly depressed and was later pushed down by someone.

There was no sign of remorse on the face of Sasikala when I saw her in the hospital corridor along with her battalion of relatives.’

Jeemon Jacob, who reported for Tehelka stated in 2012 that, ‘After Amma came to know that the nurse appointed by Sasikala is giving her slow-poison and other chemicals, she expelled Sasikala and her relatives out of the Poes Garden.

An email written by journalist Bharka Dutta claimed that Jayalalithaa was given the wrong medicine for Diabetes before she was admitted. 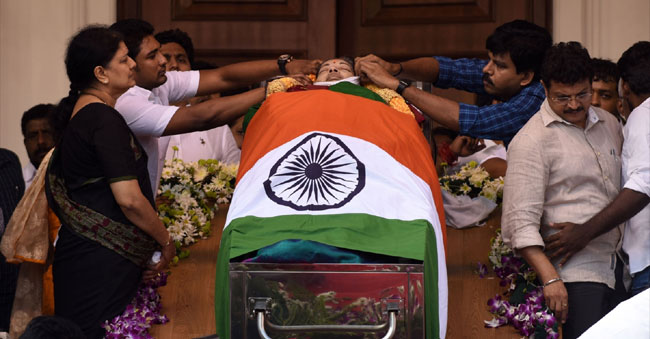 Doctor Richard Beale who was a part of the team of doctors who treated Jayalalithaa, gave a conclusive breakdown of the timelines right from Jayalalithaa’s admission into the hospital, and until her death.

The arrival of Selfish Scavengers after Jayalalithaa’s death! 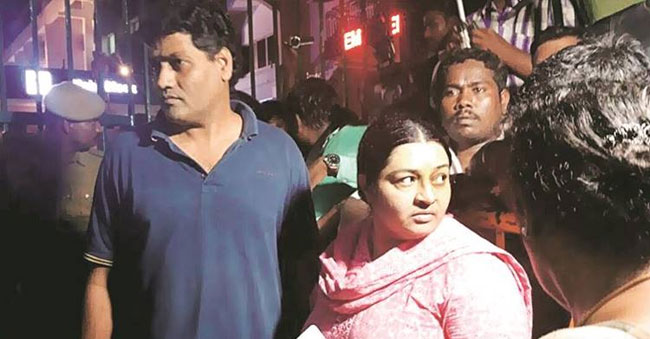 The Veda Nilayam in Poes Garden, Chennai belongs to us [him and his sister]. This is clearly written in Jayalalithaa’s will.’

Things further turned to be murkier, after son’s and daughter’s started coming from various parts of Tamil Nadu.

A 28-year-old man named, Krishnamurthy, a resident of Erode, Tamil Nadu claimed that he is the only son of the Late TN CM and is the legal heir of her property. He further stated that he is living with his adopted parents in Jayalalithaa’s friend Vanithamani’s house.

Krishnamurthy filed a petition in the Tamil Nadu high court stating that he is born to Jayalalithaa and Telugu actor Shoban Babu.

The man was later arrested after the police found that documents he submitted to the court were fake. The police officials have identified the man’s biological parents and the court dismissed the case. 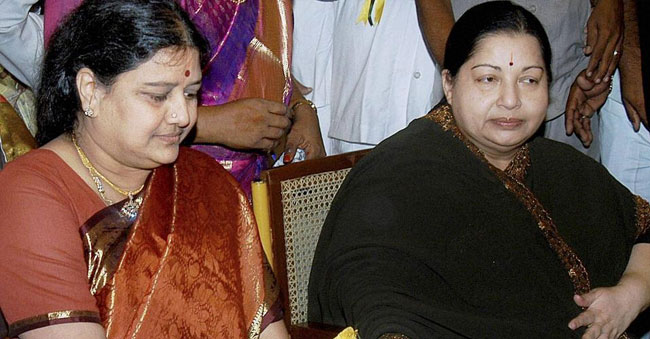 Another woman, identified as Priya Lakshmi, claimed that she was the daughter of MGR and Jayalalithaa. During their investigation, the police later found out her claims to be a hoax. She has been arrested on the charges of ‘fraudulence.’

Apart from these, a 37-year-old woman named Amrutha Sarathy from Bengaluru claimed to be the daughter of the late CM. ‘I am ready to even undergo DNA test. I thought Shylaja and Sarathy were my parents. It was only recently my father (who brought me up), Sarathy told me about my true birth while he was on his deathbed. He told me that I was the daughter of Shoban Babu and Jayalalithaa.’

Above all these, the Mannargudi mafia, headed by Sasikala, and accompanied by her husband Natarajan, and her clan of relatives had a supreme influence on the late Chief Minister of Tamil Nadu Jayalalithaa. Since the latter’s death, the Mannargudi mafia has been trying desperately to acquire the vast properties that belonged to Jayalalithaa. Currently, Sasikala, along with 2 others is serving a 4-year-jail-term.