Explanation by Analogy - What is wrapping?

Example 1: An Ipad "wraps" an Iphone

What does the ipad do that the iphone doesn't do?

Aren't they basically the same thing, except one has a bigger screen?

What then is different? The only thing that is different is the exterior: you have a larger screen, and perhaps, you cannot make phone calls on the Ipad. 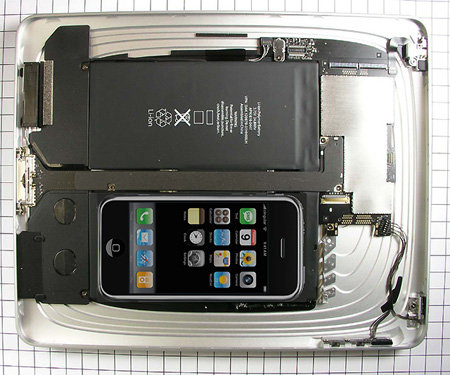 It's literally the same thing with "objects".

.............the inside has all the good stuff which is the same, but a different exterior. A different wrapper.

"Wrappers may expose different features than the underlying object" ......okay, but what does this mean?

Sometimes the wrapper might limit the things you can access inside. For example, the ipad may limit your ability to make phone calls, even though the Iphone buried within it, has that capability.

Example 2: Automatic car acting as a wrapper to a manual car

But what is the purpose of a wrapper?

You'd write a wrapping class if you wanted to simplify things. You'd create an easy to use 'wrapper' and leave all the complicated bits inside the wrapper, ensuring that those complicated bits are not 'exposed'.