On June 2, 1941, baseball legend Lou Gehrig died of a disease that would come to be named after him. Today, about 6,000 people are diagnosed with the same disease each year.

Amyotrophic lateral sclerosis (ALS), better known as Lou Gehrig’s disease, can be challenging to diagnose and even more difficult to live with or manage.

If you or a loved one are experiencing any of the classic signs of ALS - muscle twitches, decrease in grip strength, or weakness in the upper limbs - you may already be combing the Internet for information, worried that ALS is the cause.

In this article, we’d like to bring together some information that will help you understand the facets of ALS, including:

How does ALS work? 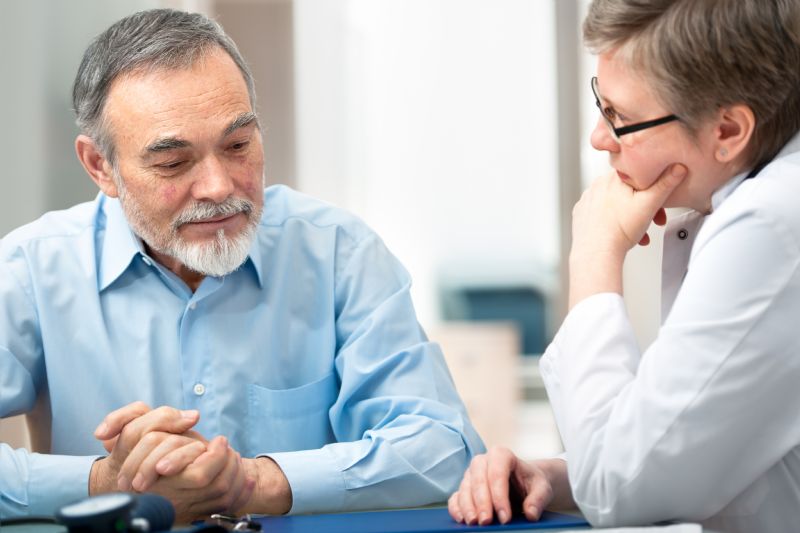 Lou Gehrig’s disease (hereafter referred to as ALS) is a neurodegenerative disease. It causes nerves to deteriorate over time, producing irreversible physical damage and loss of muscular control.

It is worth mentioning that although breakdown in the body does take place, pain is not typically a symptom of ALS, since it is the motor neurons that are affected, rather than pain receptors.

While the damage caused by ALS is widespread and can take place in a variety of muscle groups, involuntary muscles which control major bodily functions are not directly affected by ALS. This means things like heartbeat, digestion, and bladder function are not touched by the disease.

Instead, persons with ALS gradually lose control of voluntary motor functions and gestures performed with intention, such as walking, lifting things, holding a pencil, turning their head, and smiling.

Signs and symptoms of ALS

Although ALS typically manifests between the ages of 40 and 70, younger people can develop it as well.

The most famous example of this is the brilliant physicist Stephen Hawking, who was diagnosed in his twenties, and has defied the odds to live to his present age of 75. (Most people with ALS die within five years, usually due to respiratory failure.)

In the early stages, symptoms of ALS are easy to overlook or ignore. A little stumble, a muscle cramp, a stiff neck - these things happen to everyone at one point or another. It’s when a pattern of stiffness or loss of coordination becomes more consistent that people begin to worry about the possibility of ALS.

Unfortunately, it’s a difficult disease to diagnose. Mild symptoms may in fact be the beginnings of ALS, while more severe sympotoms could be indications of totally different conditions tha have early onset symptoms identical to ALS.

Further, each person tends to experience their own unique set of symptoms, especially in the beginning stages of the disease.

This just adds to the anxiety that can arise when someone even suspects they may have ALS.

Some of the earliest warning signs of ALS are:

If these symptoms are truly caused by ALS, they will progress from one part of the body to another, usually moving to an adjacent area (for example, from hands to arms), rather than appearing in unrelated areas.

How ALS is diagnosed

As we mentioned earlier in the article, diagnosing ALS is not a simple, straightforward process - partially because many of the symptoms are shared by other diseases and conditions, such as Parkinson’s disease, stroke, and multiple sclerosis (MS).

Doctors evaluating a patient for ALS use a combination of exams, tests, and scans to determine if a person fits the diagnosis, or if there is another condition with similar symptoms manifesting instead.

The first step is typically a screening examination by a neurologist, who will look for possible signs of ALS, including some of the symptoms mentioned above:

Next, blood and urine tests are used to rule out other diseases and conditions, including thyroid disease, lack of Vitamin B12, HIV, hepatitis, autoimmune diseases, and cancer.

A doctor may also use a lumbar puncture to extract some spinal fluid for examination. An MRI may also be done to rule out spinal cord tumors or herniated discs. (The latter can cause symptoms that mimic ALS.)

If these basic tests don’t reveal anything that would explain the patient's symptoms, a neurologist may turn to muscle and nerve tests to confirm whether the actions of muscles and nerves fit the pattern for ALS.

Electromyography is one of the most important of these tests. As small electric shocks are sent through the nerves, the rate at which they travel is measured. This can also detect any damage to nerves, which is one potential sign of ALS.

Part of the definition of ALS is that it is progressive; that is, it worsens over time. For this reason, if tests do not reveal anything of concern, a doctor will often recommend repeating the tests in six months or a year, to see if symptoms have advanced.

ALS and MS: similar, but not the same 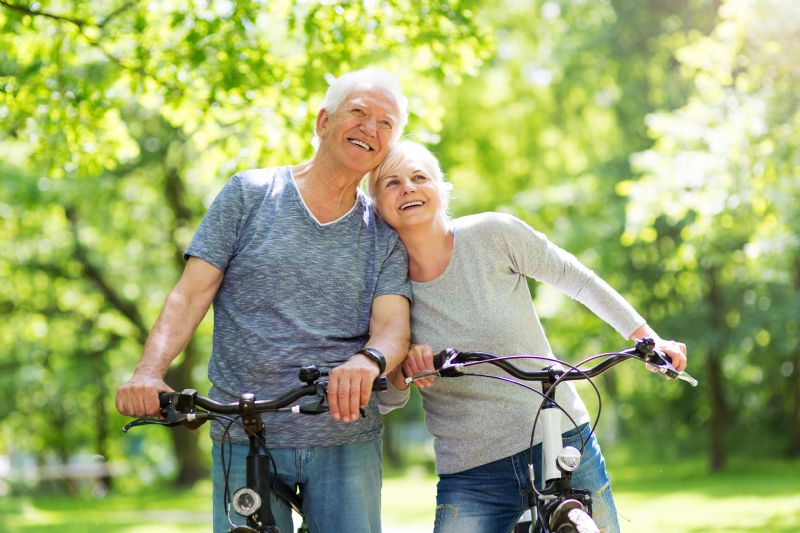 ALS is often confused with multiple sclerosis (MS), an autoimmune disease that attacks the coatings of nerves and disrupts their function.

The confusion is understandable: persons with either of these diseases experience difficulty walking, muscle spasms and weakness, and possibly slurred speech.

However, there are noticeable differences.

MS sufferers also experience tingling and numbness in the body, while ALS mainly results in weakness of muscles rather than a physical sensation.

Perhaps the most important distinction is that MS does offer periods of remission, with few to no symptoms, while ALS progressively worsens with no reprieve.

Finally, while MS is rarely fatal, ALS almost always is.

As you can imagine, anyone with symptoms resembling those of ALS will go through a lot of second-guessing, speculation, and worrying about what the true diagnosis is. Perhaps you or a loved one are there right now.

There are two myths in particular surrounding ALS that circulate often, and we’d like to clear them up for you.

Myth #1: ALS is caused by Lyme disease or other infections

Early-stage ALS can easily be mistaken for Lyme disease. In both conditions, fatigue, muscle weakness and twitching are the main symptoms. However, Lyme disease does not cause, or progress to, ALS.

As far as infections causing ALS, there is no clinical data to support this. In fact, about 90% of the time, ALS appears out of the blue – the illness is what we call “sporadic,” manifesting without any known cause.

The other 10% of the time, ALS is inherited through a defective gene. And nowadays, scientists know that even those without a family history of ALS can inherit this game-changing gene; this condition can be detected with a simple blood test.

Myth #2: ALS is caused by sports

This particular myth arises from the thought that trauma to an athlete’s nervous system could trigger an onset of ALS. However, there is no concrete evidence to suggest that this is true. In fact, the majority of people who get ALS are relatively inactive.

Related to this, an ongoing study at the Johns Hopkins ALS Clinic is trying to determine if a correlation exists between regular, simple exercise and slowing the progress of ALS.

For some, exercise causes greater fatigue, but there is no evidence that it actually speeds up the disease.

If you think you have ALS...

It can be very easy to panic if you suspect that you or a loved one are exhibiting the early symptoms of ALS.

If this is you, the best thing to do right now is to take a deep breath, and begin the process of seeking out personalized medical advice.

Start with your own doctor, and explain what you believe could be happening. If warranted, a neurologist will become part of the diagnostic team to assist you.

Should your fear be confirmed and you or a loved one are diagnosed with ALS outside of a major medical facility, it is absolutely worth seeking a second opinion. This is not a matter of questioning the competence of the doctors making the diagnosis; rather, a diagnosis of ALS has far-reaching implications, and requires some sophisticated testing. You’ll want to feel 100% confident in your physician’s assessment before you decide what to do next!

The medical and Caregiver community is full of professionals and people just like you, who are asking questions about physical health and well-being. Rehabmart is here to help you every step of the way, from providing lifestyle assistive equipment to compiling authoritative resources to guide you through every medical hurdle.

Continue reading with our article A Caregiver's Guide to Coming Home from the Hospital, and learn ways to make your home a safe and comfortable environment after a hospital stay! 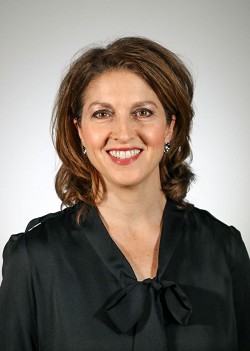 Megan has been a part of Rehabmart since its inception nearly 20 years ago. For the past several years she has been enjoying her role as HR Director while maintaining her Physical Therapy license. When she isn't working on her next in-service or working to find a new team member, she enjoys her five children, helping those who have PT type ailments, baking, practicing yoga, and working out.

Meet all of our experts here!