So I hgave seen a lot of videos like this on Youtube and I thought why not share some of my opinions with you guys on Amino. So here it is. I'm writing this quickly because I am very busy ans tired at the moment...

Also I wanted to share that I've hit over a 1000 followers!!!! I already knew this a while ago actually, but that doesn't make me less happy. A while ago I promised to do a Q&A when I hit 1000 followers and tried to do so, but I got no questions... so if you have any now then please ask me.

DISCLAIMER: these are only my opinions so if you get offended quickly than please leave now, however if you think you can handle it and afterall can't than don't go to the comment section telling me to shut up.

With that said let's begin.

1. Some Kpop need to grow up SOON.

here are some reasons why I'm saying this.

BTS is NOT the only Kpop group on earth

People have different opinions so deal with it

Your 'Oppa' or 'Unnie' can date whoever he/she wants

Do I need to continue?

2. I prefer Hyolyn solo over when she was with Sistar

Don't get me wrong I really like Sistars music, but I just prefer Dally, Paradis, Fruity etc over any Sistar song.

Think about it, your favs rn would've NEVER be so popular if it wasn't for second generation groups who brought Kpop to the rest of the world. How many times I see people say '... is one of the most important groups in Kpop' and I think 'Then why do people not know about them anymore?' PLEASE check out groups like Teen Top, F(x), SUJU, SNSD, Girl's Day, Highlight (formerly Beast). and so many more.

4. I prefer Winner's recend releases over their older discography.

I've seen a lot of people talk about this, but the other way around. Don't get me wrong I also love songs like Baby Baby, Sentimental, Empty etc, but I prefer Really Really, Island and Everyday.

Even though I personally stan more boy groups than girl groups, I can't deny that girl groups deserve more love. Yes boy groups might have harder choreo's or have darker concepts, but try dancing on high heels while on your period and singing at the same time while being absolutelty dead because of an extreme diet which might you servere underweight for once. Just for once try it. You won't make it.

6. There is nothing wrong with cute concepts.

Yes I admit I like dark and sexy concepts more, but I also love a lot of songs with cute concepts. The songs are cathchy and the choreo is fun to watch.

7. I will probably never stan Twice.

They aren't the worst singers and dancers and I like their songs, but something just stops me from stanning them and before finding what that is I will probably never stan them.

8. Some Loona fans are annoying af.

I can't go anywhere on the internet without seeing the words 'Stan Loona' anymore. At first I found it sweet to draw attention to your fav group, but it just got annoying af and is just like 'Any Army's here'

Speaking of the Army fandom, not everyone is toxic. I am an Army myself and I will NEVER act as if BTS is the only group there is or tell everyone they are the kings of Kpop. Yes they have achieved amazing things, but they're NOT KINGS! Also Exo-l has toxic fans as well just like every other fandom. The bigger the fandom is the more chance there is for toxic fans.

These boys have been trough so much and yet they're still out there, making amazing music and pleasing their small but lovely fandom. They've had a LOT od line-up changes, they've been at the edge of disbanding several times, they are on a freaking blacklist of the former president cuz of which they couldn't promote as much as they wished and yet they're still unknown to most Kpop fans... please check them out if you haven't yet and see for yourself wether you like them or not.

Of course it's sad when they disband, but at least you could prepare for it. Also because there is only a short amount of time with them you will feel much closer with them.

I often find myself listening more to groups that aren't that well known than popular groups. If everyone would just leave the BTS bandwagon and check out more less known groups you will see that Kpop has much more to offer.

13. EXO has better vocals than BTS.

If you combine all 4 vocalists of BTS, Chen's vocals alone are still better. This is just because SM is a company that focusses a lot on vocals so EXO's vocals are well developed.

14. BTS has better rappers than EXO.

BTS was origianally going to be a hip-hop group and didn't really develop their vocal skills a lot because of that, even so I have to admit that their vocals aren't bad either.

Okay I know I just said I probs won't stan them anytime soon, but they'e not untalented. every member has her own position to shine and that some members are not the most stable wjile performing live does not mean that the entire group is bad.

Cute, I like them. They are unique and something you wouldn't think of when you hear the word lightstick so I think they did a good job.

Did you know that not all Korean music had idols singing and dancing? I really like hip-hop and find it extremely sad that KHipHop doesn't get more recognition. Try listening to Killagramz, Don Mills, Grace etc for once and get sucked into the world of KHipHop as well.

Every group deserves all the love they get and everyone worked extremely hasr to get to the point where they are now. And that they're from a big company is a plus.

19.1 Million Dance Studio are the best choreographers ever.

They are EXTREMELY talented and have made many hit choreo's for Kpop songs, as well as choreo's for non-Kpop songs. It wouldn't hurt checking them out.

Fun-fact, Wolf was the song that got me in more Kpop than just SNSD... When I first got into Kpop I ONLY listened to SNSD untill I decided to watch a live performance of IGAB and heard a small part of Wolf. I was hooked and ever since that moment I got really sucked into this black-hole called Kpop.

I know this might sound weird, but I just don't want to get hyped up by an certain group and them realize they will never release any more music. If I already stan a group and they disband then, it be so, but if I know a certain group has disbanded I will NEVER stan them anymore. I will still listen to their songs, but won't be a part of the fandom.

Well that will be it for now, if you want me to make a part two then please comment down below. I realized I used BTS a lot as an example here... don't get me wrong I absolutely love them, I just happened to think of them while writing. 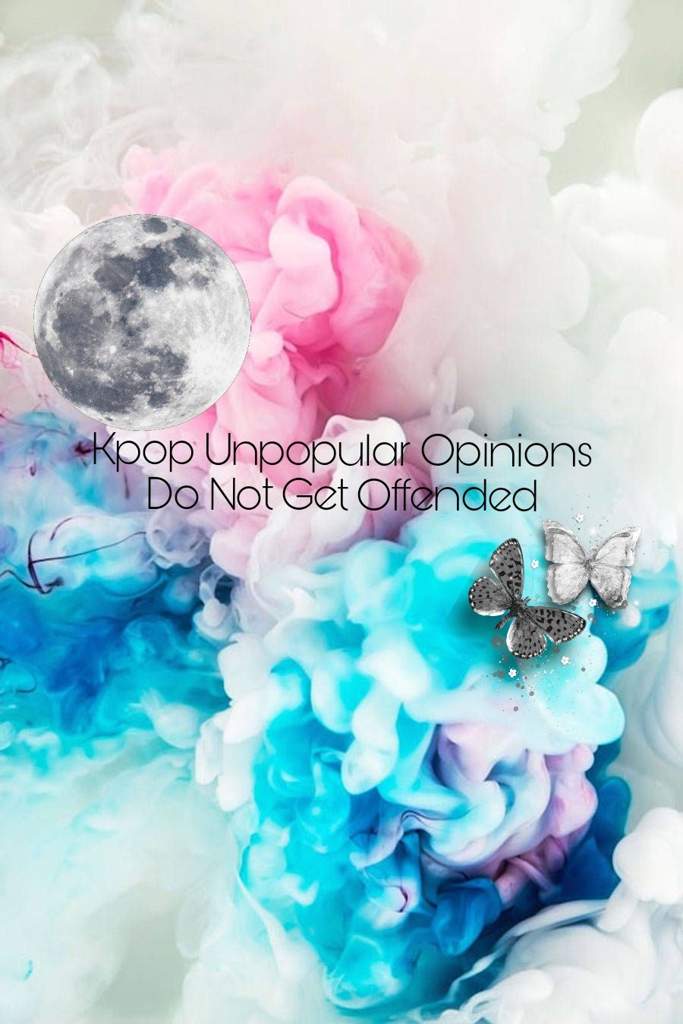